IT WAS RAINING OPOSSUMS

All good words to describe the quick precise din of a furry mammal slamming into the pavement.

While working on a shoot today the unexpected happened.

An Opossum tried to fly, unsuccessfully.

His perch was way up in a live oak tree his landing in the middle of a driveway. 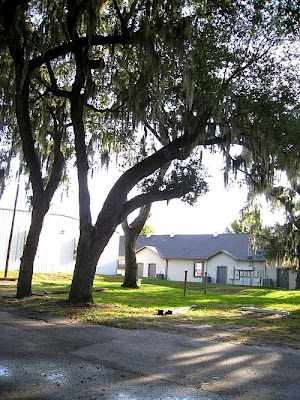 and no, not the low part.

The Opossum laid there motionless.

We were all sure death was instant.

We went back to work trying not to think of the grizzly scene behind us.

A couple minutes later our interview subject declares "its gone"

Now I have heard of cats having nine lives but opossums?

On closer inspection the failed skydiver was spotted hiding in the "Y" of the tree. Embarrassed and demoralized but still alive. Ready to raid your trash cans tonight. 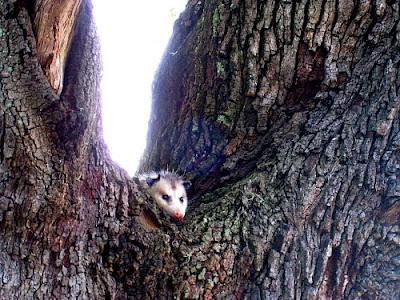 Posted by Getawaymoments at 9:23 PM No comments: 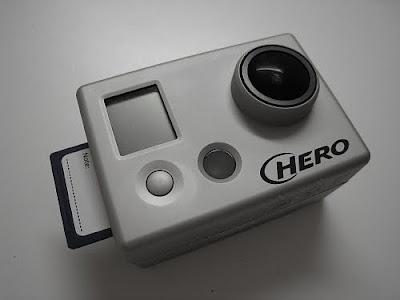 Great news. The long awaited HD GoPro Hero firmware is here.
Sound the horns. It is a happy day in GoPro land.

Here is the link to GoPro's website where you can download the new firmware.
I did it in less then ten minutes for two Hero cameras.
The download and install is quick and easy.

Now, how about the fix.

I am most interested in the 9999 problem so I checked and it appears to be fixed.
When you do time lapses now the camera will record 999 frames in a folder.
At frame 1000 it starts another folder and so on. 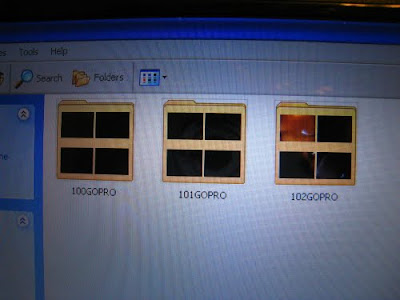 I will check what happens at frame 9999 tomorrow.

Also, when you reformat your sd card the counter keeps climbing.
It does not restart at 0001.

YES!!!! It is working. I just finished running a long time lapse that straddled the 9999 file number and it worked without a glitch. The file numbers jumped from gopro9999 into a new folder starting with gopro0001. 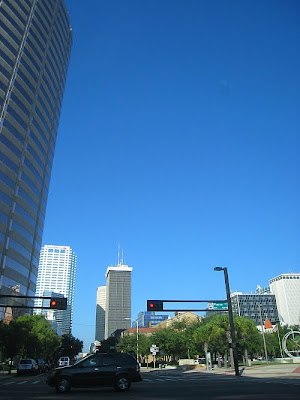 Its September 2nd in Tampa Florida, and something is very wrong.
The sky was crystal clear this morning and dry.
Hot by mid-day but not humid.
Shades of blue we normally don't get to see till November.

How can this be?

Easy when you have a monster in the neighborhood.

I have always enjoyed the strange meteorological things that happen
in the presence of monsters.
Of course I'm referring to Hurricane Earl.
For days we have nervously watched as he approached, then he turned
and has sucked every drop of moisture from our sky's.
I'm glad Earl did not visit us, but his passing has left us with brief
wonderful escape from the hottest summer I can remember.

.
Posted by Getawaymoments at 11:15 PM No comments: